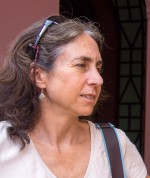 A new revolution is sweeping the island of Cuba, which is making massive progress on energy efficiency and renewable generation. Indeed, such is the success of the two-year old programme on this small island of 11 million people, that many other countries could learn from its efforts to be energy independent and curb climate change. Laurie Guevara-Stone reports.

Just a few years ago Cuba’s energy situation was bleak. The country had 11 large, and quite inefficient, thermoelectric plants generating electricity for the entire island. Most of the plants were 25 years old and only functioning 60% of the time. There were frequent blackouts, especially during peak demand periods. There was also a high percentage of transmission losses along the electrical distribution grid. To add to the energy crisis, most Cuban households had inefficient appliances, 75% of the population was cooking with kerosene, and the residential electrical rates did not encourage conservation. In 2004 the eastern side of Cuba was hit by two hurricanes in a short period of time, affecting transmission lines and leaving one million people without electricity for ten days. All of this in the face of the overarching drivers of peak oil and climate change, made Cubans realise they had to make energy more of a priority. Thus, in 2006, began what Cubans call La Revolución Energética – the Energy Revolution.

Cuba’s recent Energy Revolution has helped it become a true model of sustainable development. The 2006 Living Planet report assesses sustainable development by using the United Nation’s Development Program’s (UNDP) Human Development Index (HDI) and the ecological footprint. The HDI is calculated from life expectancy, literacy and education, and per capita GDP. The UNDP considers an HDI value of more than 0.8 to be high human development. An ecological footprint, which is a measure of demand on the biosphere, lower than 1.8 global hectares per head denotes sustainability. The only country in the world that meets both of the above criteria is Cuba. ‘Cuba has reached a good level of development according to United Nations’ criteria, thanks to its high literacy level and very high life expectancy,’ explains Jonathan Loh, one of the authors of the report, adding: ‘While the ecological footprint is not large since it is a country with low energy consumption.’

You can read the rest of this piece at the website Renewable Energy World.