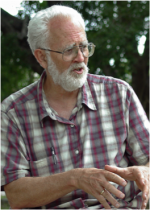 General Motors (GM) first demonstrated an electric concept car, called the Impact, in 1990.  This marked the beginning of a major effort by automakers to meet the stringent emissions requirements of the California Air Resources Board (CARB), using Battery Electric Vehicles (BEVs), also referred to as zero emissions vehicles (ZEVs). Between 1996 and 2003, approximately 5,600 BEVs were manufactured. Eventually, some automakers, with support from the U.S. government, initiated a lawsuit that had the effect of neutralizing CARB’s ZEV requirements. Most of the BEVs had been leased. Almost all were recalled by their manufacturers and scrapped.