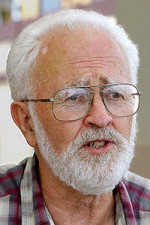 On September 24, 2015, Pope Francis addressed a joint session of Congress about the state of the world. His concerns relative to climate, poverty and violence were well received. As he opened his talk he said “Today I would like not only to address you, but through you the entire people of the United States.”

I had read his encyclical “ Laudato Si’ “ and was pleased by his directness. There were 246 number points – I note 9 of them below.